Enjoy these images of the swallows that have once again returned at Lanner. Cllr Tim Luscombe has been following the progress of these beautiful creatures from arrival, hatching and taking first flight.

Tim made sure he had adapted his barn to allow ease of entry and egress and is looking forward to charting the progress of the next fledglings.

The swallows were late in arrival this year and great relief was shared when they eventually reached their temporary home.

How wonderful to see the beauty of our natural world – we hope you enjoy as much as we all have. 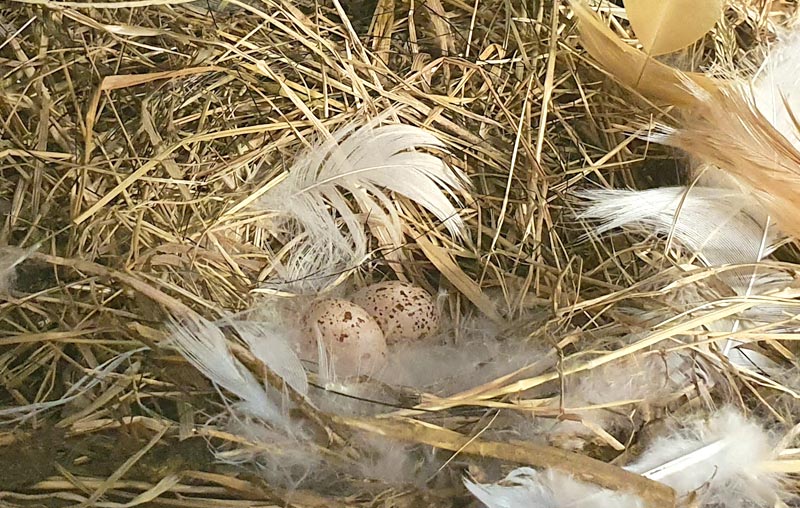 First two eggs 24th May a total of 5 in the end. The Swallows were late this year and not as many as usual I think. First siting around 6th April,and  the same pair as last year very unusual how they have made their nest in a lap of roof felt they did make a mud nest last year as well but seem to prefer the easy option of nesting in a man made one. 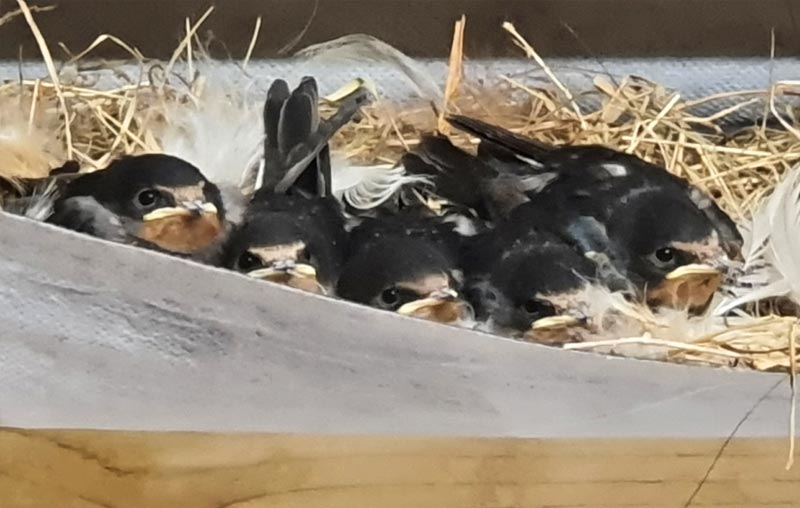 Video of 29th June, they are growing fast, and it is really hard work for parents to feed 5 hungry chicks. 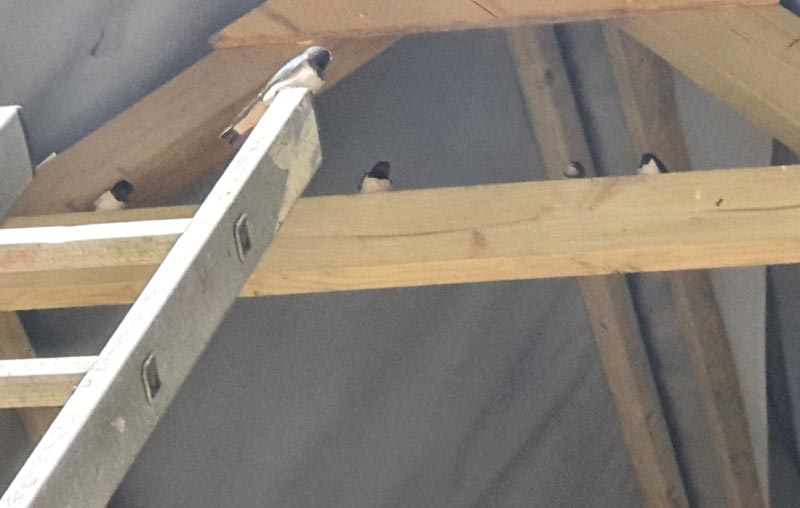 All out and flying late July. She is now sitting second batch so hopefully another 5 to add to dwindling population. 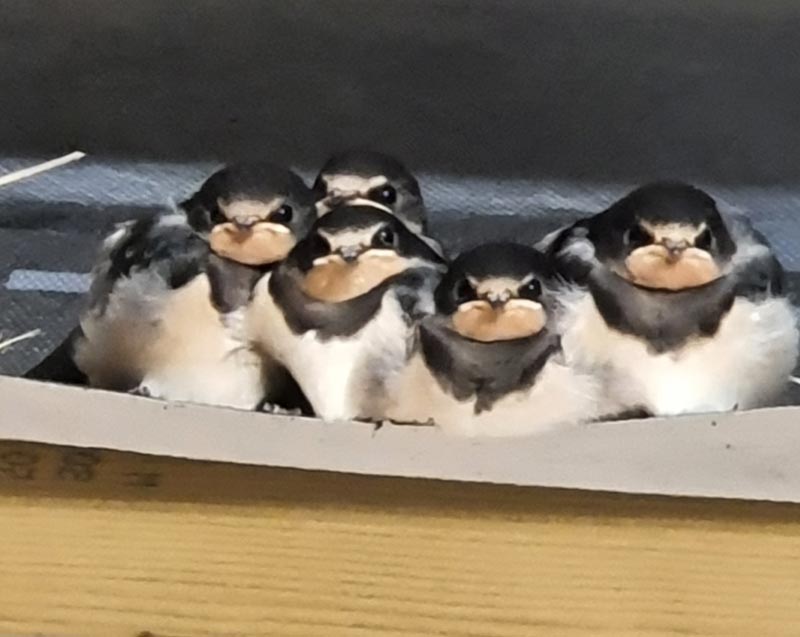