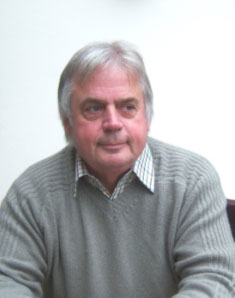 First things first: I wasn’t born in Cornwall nor do I live in Lanner. So how or why did I get here?

Born in Putney, London I was a horrid little swot and passed 11+ to get a scholarship to Emanuel school: a semi-public school keen on rugger and rowing where the prefects were allowed to cane younger boys (particularly the young brothers of their peers it seemed). Although, 55 years on, I still meet up annually with my primary school class – including my first teacher there – ties with senior school are much looser. My claim to school immortality is that when class was told to write an essay on any chemical compound during the Easter holiday I handed in one on LSD. I called that “thinking outside the box”.

I didn’t go to university. This was because I turned up in the afternoon for one A level which was held in the morning. (This is a fault which I have continued throughout life). So I pursued my career choice of chartered surveyor by correspondence course while working in the estate offices of Sainsbury’s and then London Transport.

At the same time I was heavily into the peace movement against wars Vietnam and Nigeria/Biafra and then in the Young Liberals against apartheid and campaigning on environmental and social issues. So a good few years of demonstrations, pleasant conversations with policemen, and lots of drinking. Chairman of the SE England YL Federation I wasn’t happy with the merger with the Social Democrats and left at that time.

I’m “Welsh by marriage” and with Hilary (who was a book editor) we chucked in our jobs in 1976 to go “somewhere west of Reading”. Well, we couldn’t have gone much further west. I started work with Miller & Son as head of Valuation and Survey Department and later left with two colleagues to form Carr Wood and Partners in Redruth and Falmouth. We were taken over by Lloyds Bank in the daft days when bankers had more money than sense (isn’t it great that those greedy egos of the 1980s are now a thing of the past? J ). So I left surveying behind me to work full time on our farm which Hilary had been developing. We now run a 70 acre organic farm with an “award winning” herd of Stabiliser cattle.

We’re now getting to the point where the reader can write it for themselves using the Declaration of Interests. With a growing family (Joanna – now with an MA and working as archivist for Truro School and making replica Tudor costumes for Trerice; and Rachel – now with a Doctorate in Classical History and working for Oxford colleges and British Museum) I was with Stithians parish council 1995 – 2003 and was Chairman 1999 – 2001. With my colleague the late Don Castling (and much help from other members of the community) I organised “Not the Stithians Show” during foot-and-mouth year which raised funding for the new rugby pitch and skateboard facility with some left over towards regenerating the village hall.

Leaving Stithians parish council to focus on Cornish food promotion I was “head hunted” by Lanner (as I live within the requisite distance of the parish) to help out in beefing up some village improvements, was co-opted to council in 2004 and have been chairman since 2009.