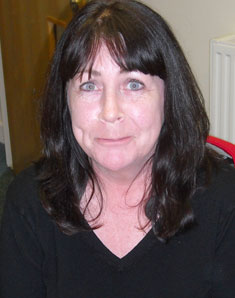 My name is Elizabeth Repper, however I am usually known as Liz.

I was brought up in Carharrack and St.Day, so definitely have not ventured far, in fact my first visit to London was at the age of 38 and I found it rather a culture shock. Not being a crowd lover, as can’t stand constant noise, it confirmed my roots are here in Cornwall, being far more tranquil.

My Cornish side of the family is on my paternal side. A family member has done painstaking work into our family tree, going back to 1450’s whereupon the original name of Beaurepper was in the Helston/Wendron area. Over the years the name has had spelling changes and dropped the Beau, but several place names in Cornwall still contain derivatives of the family surname. So yes one could say I was Cornish.

I grew up mainly in Carharrack and must say I had a great childhood. I was never in (still had black and white TV) but would rather be out investigating everywhere I could with local friends. I attended St. Johns primary school (No longer there, it’s now Iceland) at Fairmantle Street, Truro. From there I went on to Penair School followed by Truro College (again no longer there but rather Sainsbury’s). At the age of 18 I headed over the Tamar to do my nurse training at Derriford Hospital. Living at Freedom Fields nurses home next to Freedom Fields Hospital (again no longer there, I believe it is now a housing estate).

I then went on into the psychiatric and severe learning disabilities areas, where I spent the remainder of my NHS career. I have two children, one adult son, the other in his last year at Redruth School.

My interests are reading and attempting to grow veg. Some success, some not, but it’s something I did as a child with my late father. Nothing better than having home own grown veg straight from the garden to the table. I have also been very active over the last few years in collating evidence to add 10 of our footpaths in Lanner to the Definitive Map. It has been rather time consuming but once completed (any time soon), I will be overjoyed to have taken part in the protection of these beautiful paths. My reasons for joining council, were that I have a desire to help and support my local community with being a voice on their behalf.

That’s pretty much it about me. I like a simple quiet life (not that it happens much) especially with two son’s.