Our 2022 season is looking very good at the moment, with ‘Owdyado Theatre bringing the preview of their Edinburgh Festival show on June 19th, new-to-us company ‘Rain or Shine’ giving us “The Recruiting Officer” on July 2nd and Miracle Theatre doing a two night run of “King Lear” on 13th and 14th July.  Then in August we are looking forward to an intriguing double bill with “Spirit of Woodstock” followed by “Children of the Revolution” on August 21st – and that’s not all, with a couple of events still in the planning stage…  Details of the first three shows below – please do share these events and help make 2022 our best year ever 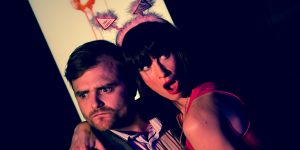 Ahead of an Edinburgh Festival run, ‘Owdyado Theatre are reviving two of their most talked about plays from Twisted Tales Vol.1 in a deliciously depraved double bill that reveals the darkness under the domestic, the lengths people will go to for love & how to wash blood stains out of a carpet.

Who is the bandaged man, obsessively in love and held captive inside an upmarket flat, counting down the seconds until it’s time for HER to return and the “thing I can’t say” to begin?

How will two children’s TV presenters dispose of a corpse before time runs out? All they have is their wits, their arts and crafts skills and a foul-mouthed, criminal genius glove puppet.

Join us for an anarchic night of Twisted Tales and consider “how far would you go to get what you want”? 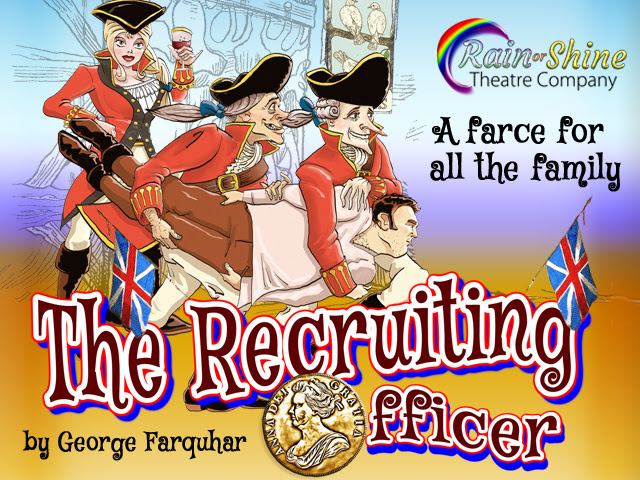 An al fresco farce for all the family!

One of the most popular plays of its time, this is a delightful romp through 18th Century Shrewsbury written by Mr. George Farquhar.

“Had I but a commission in my pocket, I fancy my breeches would suit me as well as any ranting fellow of ’um all; for I think a bold step, a rakish toss, a smart remark, and an impudent air to be the principal ingredients in the composition of a captain.”

The story follows the mischief of crooked army recruiting officers, Captain Plume and Sergeant Kite, as they head to the county town of Shrewsbury to persuade men to take the Queen’s Shilling by any means, legal or otherwise! Plume has set his cap at the vivacious Sylvia, and their bumpy path to true love is mirrored by their closest friends, nervy, melancholy Worthy, and haughty, comically self-important heiress,  Melinda.

Help and hindrance come in equal measure from Captain Brazen, the foppiest of Fops.  Be prepared for saucy shenanigans in a hilarious romp awash with deceit, passion, swordfights, and surprises galore!

Sign up! Pack your bubbly, cushions and picnics and join the dashing Captain Plume and the devious Sergeant Kite on a roller coaster ride in period costume – suitable for all the family. 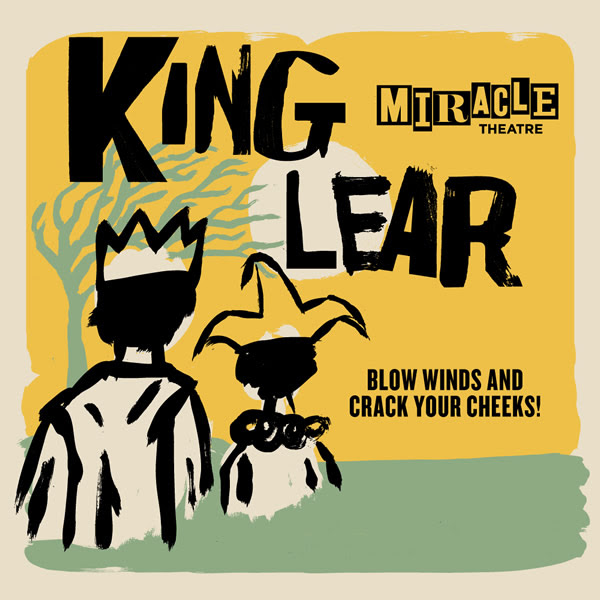 King Lear is an exquisitely dark tale about a family squabble that grows out of all proportion, blowing up into a storm of deadly force.

This fresh and fast-paced adaptation of Shakespeare’s text – pared down to its bare essentials – tells a shocking, yet tender, story of ageing and madness, fuelled by ambition and fired by betrayal.

Shakespeare loved to weave theatrical magic out of tragedy in a way that is never far from farce, making King Lear ripe for Miracle’s unique treatment!

What audiences have said about previous Shakespeare adaptations by Miracle:

“A triumph of artistry over logic, so inspired and hugely enjoyable” The Tempest